By umgmarketingApril 13, 2020Hometown Hero
No Comments 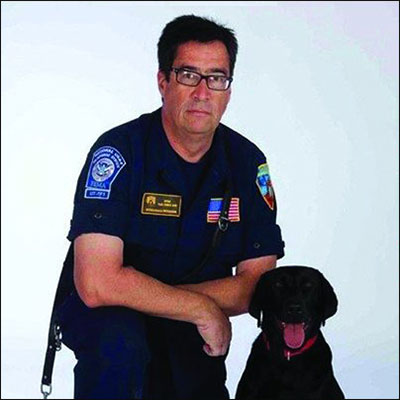 Tirelessly dedicated to his fellow men and women.

Fitzgerald Petersen (known as “Fitz” by his friends) is one of those people that you immediately like when you meet him. He has a heart of gold, and a smile that lights up a room. He makes you feel like you are his best friend when you are with him–even if you just met him. Calling him a “hero” is almost an understatement.

Fitz grew up in East Carbon, Utah and has been serving the community in several capacities his entire life. Three days after he graduated from high school, he joined the United States Army and served as a First Lieutenant. After 6 years of serving in the armed forces, he left to be commissioned at the U of U in the ROTC program. For the last 25 years he has been a firefighter with Unified Fire Authority, he currently holds the rank of Captain. He became an EMT, an EMT Instructor, and a Paramedic as well. He also was involved in the K9 program for 4 years with his dog Pilot with the FEMA Urban Search and Rescue USAR.

With all of that background with serving, you’d think Fitz would say “I’ve done my part for the community.” That’s where Fitz’s story continues and gets even MORE interesting! For the last 25 years Fitz has spent countless hours collecting coats, gloves and toiletries for the homeless. His running total is over 124,000 coats! He personally goes and hands out items to people on the street. He stops and talks to them and hears their stories. He has helped organizations like St Vincent De Paul since 1986 but has done even more on his own.

Fitz spends countless hours attending memorials for policemen and firemen and takes photos for the families of the fallen. He also attends graduations for firemen and paramedics, supports ski patrols, task force trainings, promotions, and the ever popular “Guns and Hoses” hockey game.

He is planning to retire from the fire department in 5 years, but instead of going golfing or joining a reading group, his plans are to run a charity full time. As he puts it, he’s “just changing uniforms.”