By umgmarketingApril 14, 2020Hometown Hero
No Comments 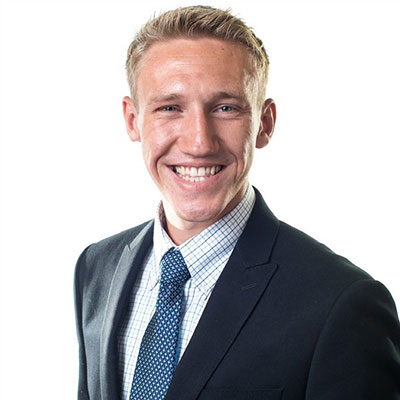 an ambitious young man with a very big heart.

Chris grew up playing and loving the game of soccer. He started playing soccer at the age of 5. He played in AYSO and the Blue Knights for 14 years, accumulating dozens of trophies and medals from tournaments. While with the AYSO league he went to Chicago and California to play in the National AYSO Soccer Tournaments. He has had some great coaches that influenced not only how he played soccer but taught him the important lessons in life. His dad Mike Remy, Dain Brown, and Kelly Moller, coached him for numerous years and were a major impact in his life. Coaches can teach you more than just soccer, they teach you how to deal with real life situations.

When Chris reached the age where he could no longer play in a soccer league, he and one of his friends returned to AYSO as coaches of their own teams. The kids loved having young coaches that were more relatable in age to them but were also active enough to do the drills with them and to play scrimmage games with them. The kids also had more fun with the free atmosphere instead of a serious, controlled practice. They also prospered in this atmosphere as they won most of their games by a sizeable margin, and only when they had to play against each other were they forced to compete. Chris and his friend decided to take the kids to out of town tournaments where they competed against an older age bracket and even took first place in a tournament.

Chris loved seeing the kids learn and grow so much that he decided to coach for a second year. He is the only coach for 50 U14 players. Chris has taken on the additional roles of division coordinator, and board member in his soccer organization.

One of the things that is so impressive about what Chris is doing is that he does not get paid to be a coach or mentor. He does this for the teens. In the spring and fall he holds practice two days a week, and then spends a good portion of the day at the soccer field on Saturday. In the winter he coaches an indoor soccer team. The kids love him. They know they can trust and talk to him about anything.

Starting in 2013, his senior year of high school, Chris got involved in Hillcrest High Robotic team. This was the first year that Hillcrest was involved in Robotics. Chris was excited to be a part of getting this new program launched. Along with many classmates Chris would stay late after school as well as be there on Saturdays. In addition to assisting with building the robot, Chris was a big part of the team’s success in lining up sponsors. These generous sponsors helped keep the cost down and allowed more students to participate. The Robotics team was successful in the state competition and was able to then compete in the “World Championship” in St. Louis later that year. Chris also brought his brother Jake onto the team, and he’s now is a mentor for the Robotic team.

He always goes and helps his Grandpa and Grandma. If it wasn’t for Chris, grandpa would not have his garden that he loves so much. Chris goes to help every week in the summer, either to irrigate or mow and trim his lawn. Grandma always has a light bulb that needs to be changed, or change her furniture around, and carries the 50lb sacks of salt to the basement. The help he gives us around the house is big, we are forever grateful.
He helps the elderly neighbors with mowing the lawn as well as shoveling the driveways, and moving items in their home.

Now Chris is in college. He is a fulltime student at University of Utah. He is involved in a leadership program and went to Washington D.C. this last fall. He made the Dean’s List this last quarter as well. He has gone to Hillcrest to be a mentor and to talk with the students that are thinking of going to the University of Utah but encouraging them to apply to any college.

He is going for a Bachelors degree in Marketing. He plans to graduate in spring of 2018.

When Chris graduates he still plans on coaching soccer. He loves the game.